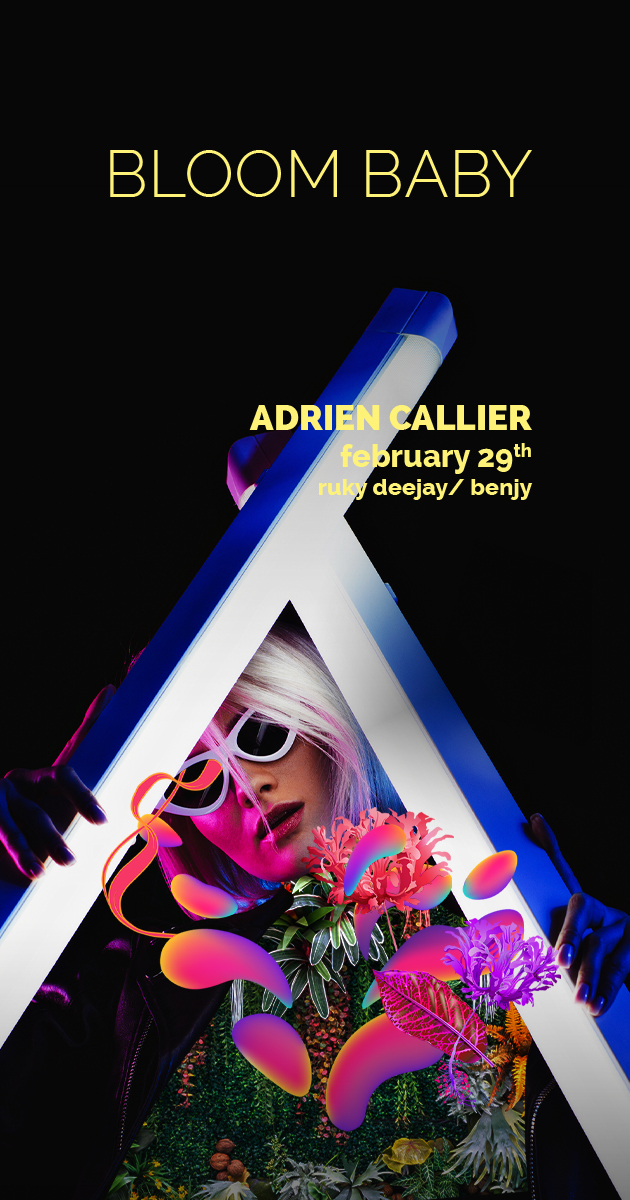 It’s spring! It’s life! It’s time to blossom! On Saturday, 29th of February, at Fratelli, we have a special guest, for the first time in our home.
Anyone who has spent any time immersing themselves in the nightlife scene of Dubai will be fully aware of Adrien Callier’s contribution to the scene.

The French born DJ has been a key fixture on the Emirates for the last 10 years – his residencies at Zuma – multi-award winning restaurant and lounge concept – having established him as one of the most sought after names on the electronic music scene of the Middle East.

Callier continually amazes the social set, both locally and internationally, with his eclectic style of cross-mixing electronic music best defined as Deep & Melodic House, getting the likes of major influencers, fashion icons and business leaders.

Whether he’s playing at Zuma, guesting for major key events, or curating music concepts for the hottest brands – Adrien brings a passion and an authenticity to his work that never fails to inspire, which lead him to the global music direction of the group behind Zuma.

Highly demanded for his consistency and versatility, Adrien collaborated with renowned artists such as Mark Ronson, Ellie Goulding, Bedouin, Modjo, to name a few to support their shows during sybaritic events.
With a growing number of followers and new music productions projects in the pipeline, Adrien Callier is the next big name to watch out for.

Fratelli Grup reserves the right to select its clients, due to the capacity of the locations and the reservation list.